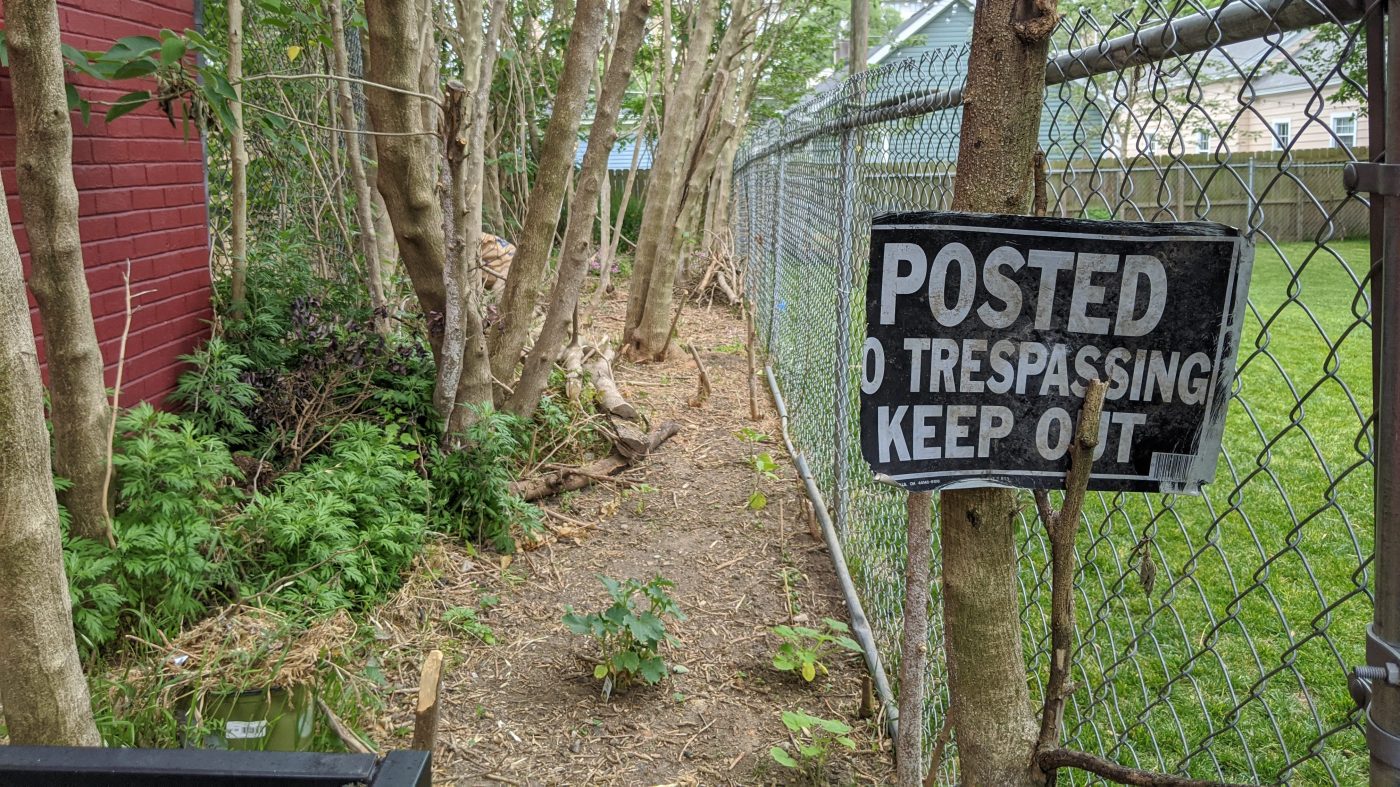 I am not a lawyer. This is not legal advice.

In North Carolina, the law is such that if a person (let’s call him Steven) uses his neighbor’s land for 20 years, Steven will have a legal claim for an easement by prescription on that land. In order for this to happen, Steven’s use of the land must be continuous, exclusive, visible, open, notorious, and without the owner’s approval. After 20 years, Steven could get this easement recorded with his title, granting him and any future owners of his property, a nonpossessory right to use the land.

Alternatively, Steven could actually gain possession of his neighbor’s land. The requirements for this are approximately the same from what I understand, other than that Steven must also intend to claim the land as his own. After 20 years of use, he could file an action to quiet title in court, which could grant him the title to the property.

Finally, if Steven has a faulty document that says he has title to the land (a fake title or deed), and he uses the land in a way that is continuous, exclusive, visible, open, notorious, and without the owner’s approval for 7 years, he could file an action to quiet title in court, which could grant him the title to the property.

Immediately to the east of our property, there is 6ish foot strip of land that is owned but not maintained by our neighbor.

This strip of land happens to have a driveway curb to the road which our contractors used to drive up onto our front lawn throughout the initial renovation which started in September of 2017. I have been mowing a 6ish foot strip of their front lawn pretty much since we moved in because they always just left a strip of tall grass and weeds between our front lawn and the rest of their front lawn. Then I started consistently storing our trash bins at the back of the grassy area in this strip about 9 months ago. And in March, I started clearing the mess of weeds that runs along the other side of our fence in the backyard because their weeds have been making it hard to keep our own back lawn free of weeds.

And I’ve started planting a garden in the back because I had more seedlings than my garden had space for.

So I think my use of the strip of land has been pretty exclusive, visible, open, notorious, and without the owner’s approval. Now I just need to make sure my use remains continuous for a few more years. And, ideally, I need to find someone that can make me a fake title that says I own the land so that by sometime between September of 2024 or maybe as late as March of 2027, I can go to court with an action to quiet title. This will give me legal ownership of the land by adverse possession. Muah ah ah ah ah.

So if you know someone that makes fake property titles, please let me know.

I am not a lawyer.

PS. Here’s some background with Phase One, Phase Two, and Phase Three of our Luxury Yard Renovation