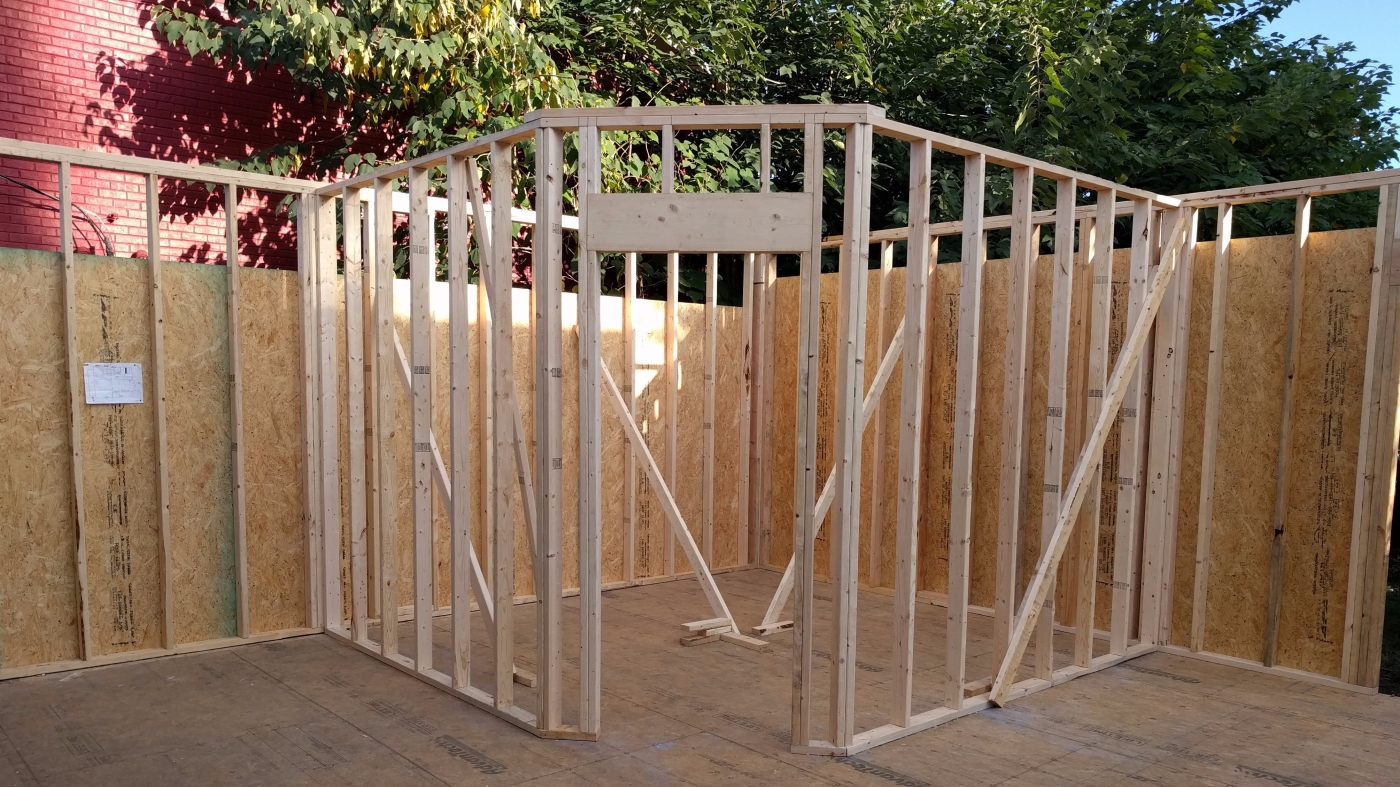 So most of the last two weeks has been focused on framing and a little more work on the foundation. 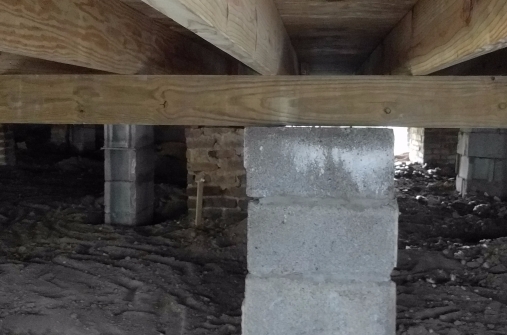 I’m no expert, but it seems to me that the beams should be sitting directly on the piers. TBD if those wood shims are a permanent part of the house and if more shims will be added so that the beams are actually supported by the new piers. 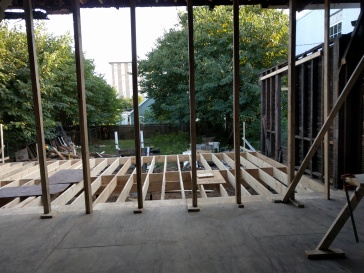 Subfloor on the back half of the downtown luxury slum

Well regardless of whether the floors are being properly supported, they did get the floor down for the whole house.

Opening for the back door 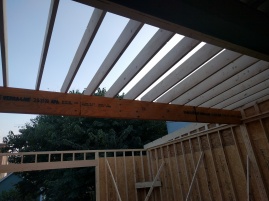 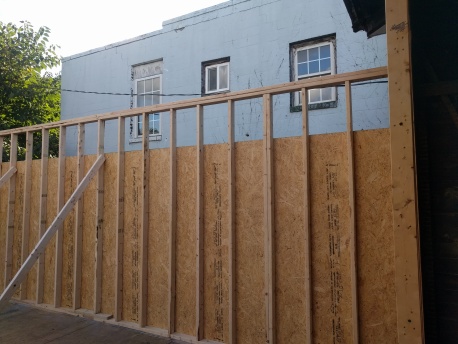 New walls on the back half of the downtown luxury slum 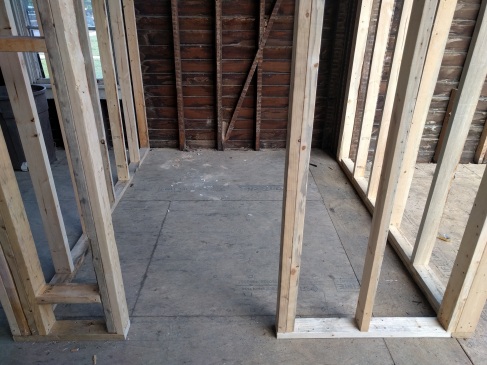 They framed the rooms in the front half of the house first. I’m not entirely sure what happened, but the guest bathroom ended up quite a bit smaller than planed. This made me worried that the rest of the rooms would have the same problem, but everything else came out as expected. Just to clarify, they put the walls for the bathroom in the right place, but somehow the space between the walls ended up being much smaller than expected. So we’ll have to change the planed layout inside the bathroom, but otherwise the rooms look good.

No, that’s not a garage door opening, that is the opening for the back door. We’re trying to decide between a double set of French doors or a set of folding doors. Opinions?