I’m starting to think that kitchens are a lot more trouble than they’re worth. And with a new ramen shop open downtown, daily takeout might not be the worst thing.

This week the countertops came in. I was much faster than we’d expected. The downside being that of course one of the sections was cut properly so they had to re-do it so we’re still waiting on that.

Of course with the countertops also came the fireplace surround. We used a quartz remnant for this. I’m not sure what the style is called, but it’s just a simple white with a little marbling. 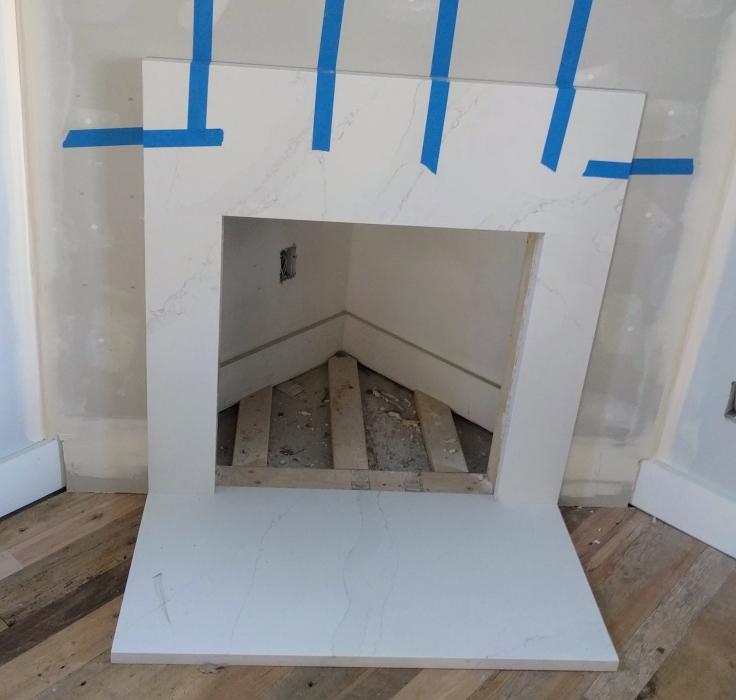 The painted cabinet doors got installed and I’m pretty please with how they came out. Unfortunately they had to get installed for us to find out that we are missing several so we’ll have to head back to IKEA in the next couple weeks to pick up the missing ones. 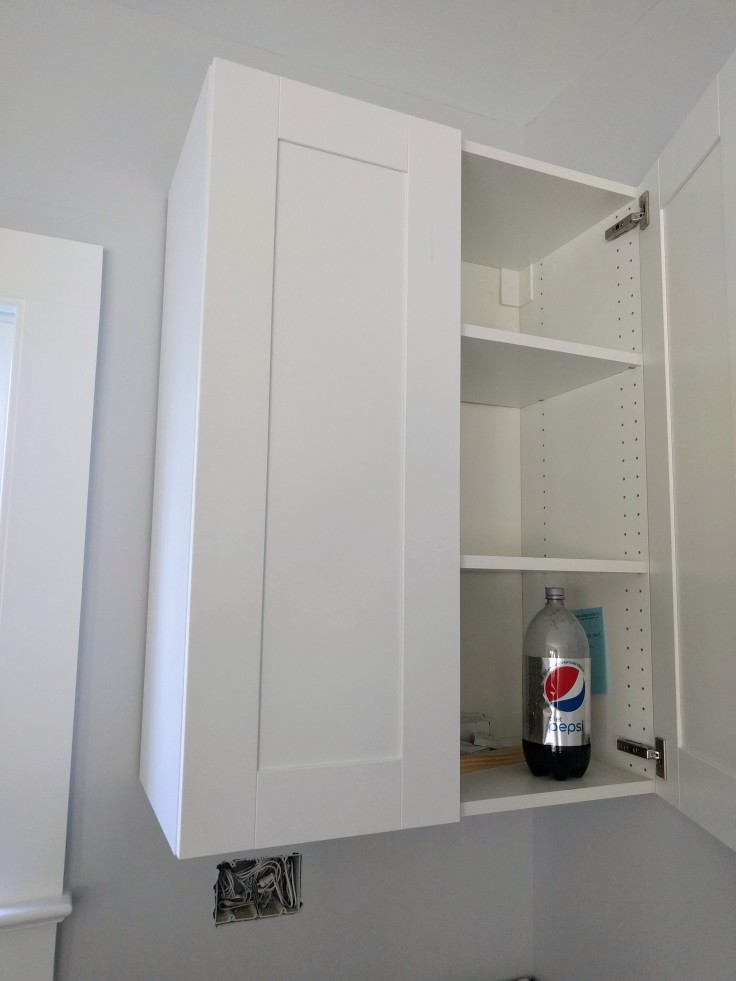 I’m pretty sure our contractor consumes nothing but cigarettes and Diet Pepsi.

Remember when I said we’d save a bundle of hardwood for the back of the island? Well here’s how that turned out.

I’d wanted to have something other than white drywall or white cabinet wood on the backs because that just gets instantly covered in footprints from people sitting in bar stools. We’d talked about doing some sort of tile but figured that was something we’d just do down the road. Because cabinets are technically designed to be up against the wall, their backs aren’t meant to be seen. We had ordered some cover panels but because of the size of the island, it would have required 3 cover panels and our contractor was concerned it would end up looking silly. I threw out the idea of using some of the leftover wood and he responded with such enthusiasm that we couldn’t not go forward. I’m pretty happy with the result.

The hardwood floors were finished with an oil rather than typical polyurethane. Here are the freshly oiled (still wet) floors as seen from the front door. 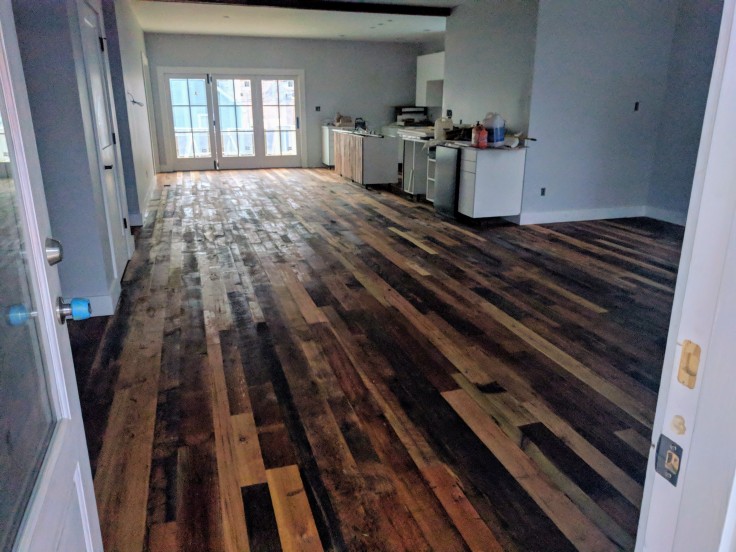 We finally got started on the deck this week as well.

When we originally applied for our Certificate of Appropriateness (COA) from the Raleigh Historic Commission, we applied for a 5 x 5 deck. I didn’t understand how that was going to big enough to support the originally proposed double set of French doors, but I was assured it would. Of course even though we changed the plan to the folding patio doors, which have a smaller total opening, that opening is still 10 feet wide.

When our contractor applied to the city for a permit to build the deck, the permit was granted contingent on having a COA. So we had to put in a new COA application, this time for a 12 x 12 deck with 10 food wide stairs. Our application was easily approved and we got the COA withing about two weeks of putting in the application.

Deck from the back yard 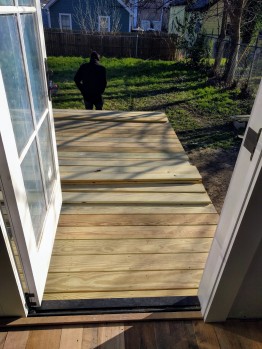 Deck from the kitchen

More work was also done in the bathrooms this week, with a few plumbing fixtures being installed. It’s gonna be so great to have real working toilets! 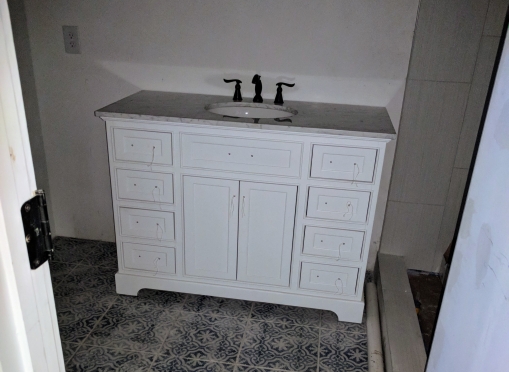 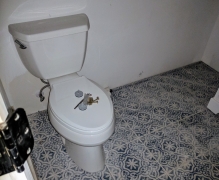 What’s left? It still feels like so much but we’re definitely getting closer.

3 thoughts on “Kitchen, Bathrooms, and Deck”